Skip to content
Atlanta is a city alive with culture and arts, which makes it the perfect place for those who want to experience all that Atlanta has to offer. The city’s rich history and diverse population have created a unique atmosphere that can’t be replicated anywhere else.
It’s no secret that Atlanta is one of the fastest-growing startup scenes in the country, but where should you go and what should you do? We’ve put together a list of 10 remarkable things to do in Atlanta this weekend.
10 Things To Do and Places to Visit In Atlanta
Atlanta is a top tourist destination in the United States and one of the most visited cities in the world. It’s no wonder that people from all over the world come to Atlanta to experience all of the things to do in this booming city. From the Georgia Aquarium to the CNN Center, there’s a lot to do in Atlanta for families, couples, friends, and even solo travelers. If you’re looking to visit Atlanta in the near future, here are the 10 things and places to visit in Atlanta that you may not probably find online.
1. Atlantic Station in Midtown 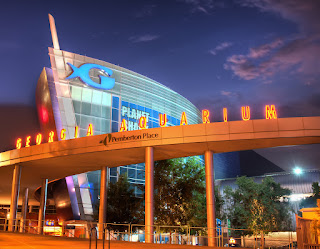