Skip to content
Rahul a boy who is full of life also he is an outstanding student. Today is the first day when he will be going to attain his 11th class science tuition. He has passed his 10th standard with distinction, and his family also happy with his performance. Rahul is also pleased as he got his favorite stream: science, and he can continue his further study. Priyanka, our heroine of this story it is also her first day in 11th class tuition. She is a topper in her class also she is a very worthy student. The tuition class has been already started, and guess what? Our hero of the story, Rahul, is late on his first day. Rahul entered the coaching, and as expected, his teacher asks him to come on time from the next class. Priyanka was an obedient student who was all ready on time and paid her attention to her teacher’s notes. She was making her notes very attentively, and Rahul is also paying attention in his first class. This is how the first day ends, but they didn’t notice each other. That coaching batch has 100 students as it was very famous for good teaching.
The second day Rahul came to class on time, and Priyanka also reached before him, and the class started. The second day the teacher saiprahladmoudgil96.blogspot.com she would check to ask a question from the last day lesion to check who has done the homework. That process start teacher was randomly pick up the student and asking them questions then suddenly the teacher asks Rahul to come and solve the question on the board. Rahul was nervous, but he solved the question correctly, and all the other students clapped for him. Also, Priyanka has noticed Rahul for the first time, but Rahul didn’t. After the end of the class, when Rahul was going to his home and taking his cycle that time Priyanka was standing there, and she was very tensed. Rahul saw Priyanka for the first time, and suddenly he felt something in his mind. He could not open his eyes off. He was numb for quite a minute and staring at Priyanka as she was quite pretty and beautiful.

Rahul suddenly realizes that something is wrong with this girl, and he should move ahead and ask her. Rahul said, hey, to Priyanka and said, if you don’t mind, may I have known what happens? You are looking very nervous. Priyanka looks at Rahul, and she realized this guy correctly solved the equation today in the class, and she clapped for him. Although Priyanka is an educated girl, she was a little bit impress by him because of his performance in the class today. Priyanka shared her problem with him that her cycle tire has been punched. She doesn’t know how she will be going to her home, and Rahul already started feeling for her. Then taking the opportunity of the situation, he said, if you don’t mind, then I can drop you at your home. I have my cycle. Priyanka was feeling very shy, and she was hesitating and said, no, I will manage. Thanks for asking. Although Rahul understands that she needs help, she is timid, and feelings occurred too by taking help from an unknown guy. Rahul said to her, ok, fine, took care, and left, and Priyanka was expecting he would ask her again. Priyanka decides to walk with her cycle; however, her home was far from the coaching center. 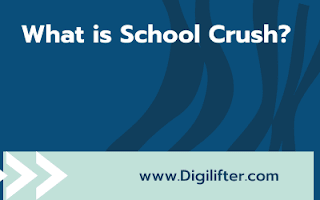 She started walking, and she was terrified as the road was unknown to her. Suddenly she realizes someone is following her, but when she is moving back to check she couldn’t see anyone, and she became very nervous and started sweating. Then suddenly Rahul comes and says, hello, do you still realize that you can manage it on your own then Priyanka realizes that person was Rahul only who was following her to protect her. This is how their friendship started. Rahul dropped Priyanka at her home also take her cycle to the garage mechanic and repaired her cycle. The next day, they both went to the coaching again, and Rahul was waiting outside for Priyanka because Rahul arrived before she arrived. Priyanka saw he was standing outside the coaching. She asked him what happen why you are here. Instead of saying Priyanka that he was waiting for her, he said I just came, that is why. They both entered and sat together in the coaching that day teacher again started asking a question, and she asked Priyanka from last day’s session, but Priyanka couldn’t give the answer, and the teacher scolded her in front of everyone. Priyanka felt very ashamed, but Rahul knows that Priyanka last night reached home very late and couldn’t get time for study as Rahul also didn’t get it, but the teacher didn’t ask Rahul on that day.

The coaching end and Priyanka were very upset she didn’t say bye to Rahul. She just left; Rahul understood the situation, but as he fell in love with her, he felt awful for her. It’s been six months since they shared a perfect friendship as one day Rahul decided he will share his feeling with her. One day Rahul called Priyanka and said I need your help in the study, so can we bunk our coaching class today because, after coaching class, it will be very late you won’t be able to manage time. Priyanka thought, ok, she will also get a chance to revise her lesson by making him understand. That they both bunk their class and meet in the park, which was near to their coaching. Rahul was fully prepared that today he will surely share his feeling with her and he was waiting in the park, and suddenly he noticed that Priyanka is coming and she is looking more gorgeous today in white salwar; Rahul couldn’t move his eyes. Priyanka sat beside him and smiled, and Rahul realized that somewhere violin is playing in his mind.

It generally happens when people are in love. After some conversation, Rahul said to Priyanka that today apart from this note and studies,I want to share many important things with you, which I was thinking of sharing with you for the last six months but couldn’t get a chance. Priyanka was quite shocked that they met daily and talked about what bothers Rahul, which he couldn’t tell her for the last six months. Priyanka said, yes, please tell me Rahul was very nervous, and he was praying to his God in his mind. Then finally Rahul said, see, Priyanka, I know you are an outstanding student I am also good but not a topper like you, but from that day when I saw you in the coaching, I started feeling something for you, and I know this is beyond the friendship. Priyanka started laughing at him after listening to this because at that time, also she didn’t realize that what Rahul wants to say to her. Then Rahul gets angry. He pulls Priyanka and holds her that look into my eyes. Can’t you understand what I want to tell you? I love you, Priyanka. You are the first girl of my life with whom I am spending so much time. I studied in a boy’s school. I never had a girlfriend.

I think I love you. Please say you also feel the same for me. Priyanka suddenly understands Rahul is running on the wrong path. She pushed him and said, don’t talk to me ever. I never felt that I trust you and think my good friend has some different feelings for me. I never expect this from you, Rahul bye and don’t try to contact me ever. She just left Rahul also went behind her to make her understand, but Priyanka was very angry, and she just ran away from the park. Rahul was distraught the next day. Rahul went to the coaching and waiting outside for Priyanka, but she didn’t come to the coaching. Rahul took his cycle and went to her home, but he couldn’t see her. He called Priyanka, but her number was coming switched off, and Priyanka left that coaching. Rahul tried to contact her many times, but he couldn’t get any information about her from that day. Thus, two years passed now Rahul has joined his college, he completely forgets about Priyanka. He becomes more studying and does very well in his 11th and 12th standard. Also, he got admission to a very renounced college. He moved ahead in his life. He becomes stronger mentally and more ambitious after Priyanka cuts all the contact with him. That situation made him a different person.

He tried to contact Priyanka for one year, but he didn’t get any information about her from that day. That situation was painful for him, and it makes him a completely different person who is very stubborn to achieve all the success in his life. It might be this is not a happy ending story. Still, if you think wisely, you will realize that Priyanka was an intelligent girl who understood that this relationship might ruin both of their careers as that time was a crucial time to make your career. She cuts her every contact with him even we don’t know where she is now, but her rejection made Rahul a completely different person who is doing extremely well in his career. Now It’s been five years Rahul is a successful person working in a multinational company as a senior manager. He bought his own house and car one day, he was standing on his balcony and took a sip of the coffee and realized that girl might disagree with him today, but her rejection made him whatever today he is. He was thankful to Priyanka; although he still tries to find her on social media, he never found them, but his life completely changed for her.